Conflict management is about separating case and relationship and about finding lasting solutions to the problem and improving the relationship.
If we do not take care of this, the solution of the case woundn't last very long and the tension in the relationship lives on and is expressed in other relationships. 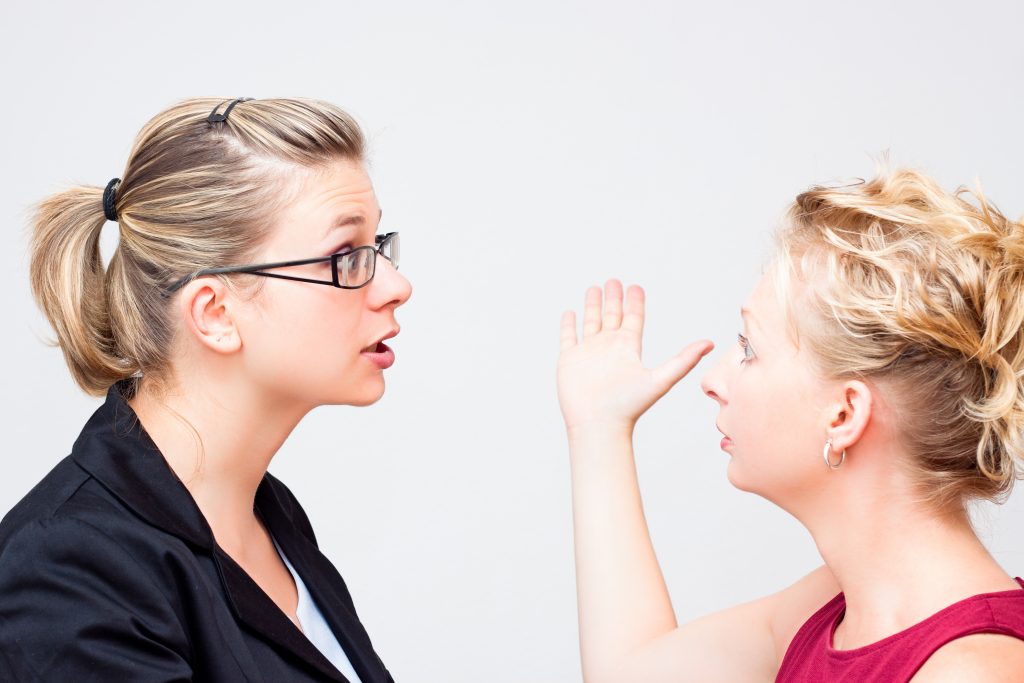 Conflict Management gives you:
Conflicts are disagreements
that involve tensions
in and between people

(Conflict Resolution Center)
What is a conflict management?

As the definition above says, a conflict consists of both disagreements and tensions.

Disagreements
is about the content of the case we disagree with. For example, it may be the perception of whether the dishes has been taken or not, whether a task has been solved satisfactorily or not.

Tensions
deals the relationship between the two people who disagree. One of them may be angry or frustrated and speak loudly - the other may be confused and wonder what the other is doing.

Both parts have tensions in this case. In some cases, there is only tension one of the persons, because the other does not see the problem or has discovered, that it is a problem for the other part. Regardless, it affects the relationship and subsequent relationships.

The Chinese script for crisis is two signs together - one means danger and the other means opportunity. Conflicts contain the same paradox. They can undermine our relationships with one another, cramp our emotions and drain our energy.

But conflicts can also be drivers of community, development and more honest relationships. It therefore matters how we understand conflicts, treat them and live with them.

In isolation, conflicts in themselves are neither harmful nor beneficial. They are the challenges of life, an inevitable part of living, wanting something and wanting something from each other. They cannot be avoided - and they go hand in hand with any change or development.

Seeing conflicts as a fairly common and indispensable condition for all people is less frightening. Especially when you know that you can actually learn to handle them more intelligently than you are brought up to.

The tools are available and you can learn them, train them and make use of them if you want.

How do I practice conflict management?

I train conflict management by getting participants to practice difficult situations they might face in their work. I stage conflict situations as closely as possible and involve the participants in assessing the situation.

What could have been done differently to what the "customer" or "colleague" reacted to? The participants are invited to participate in the staging. Of course it is voluntary whether you want to participate or just to be a spectator - in both cases there will be useful reflections to get.

It is the best way to make managers as well as employees better at handling conflicts.

I often combine the training with selected conflict managing tools that we train in isolated chunks attached to simple sentences, so the training takes place in several stages with more and more challenging steps.
Along the way, I am focused on making the participants succeed and achieving small successes along the way, making motivation and subsequent implementation easier.